The Veiling of Statues 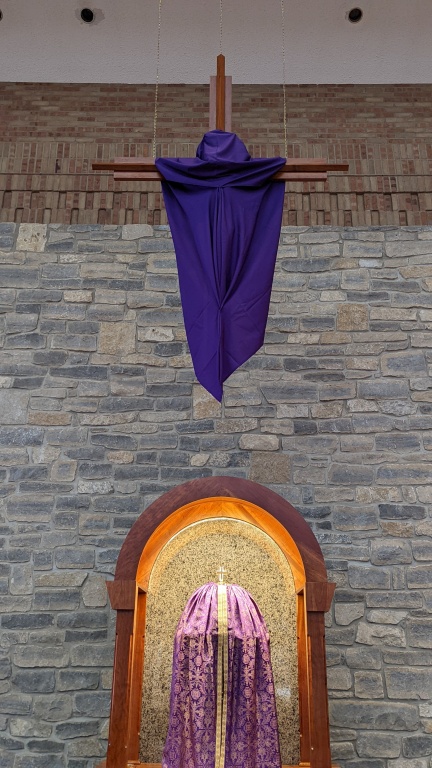 As you entered the church, you probably quickly noticed that the statues and altar cross are veiled. Why? We find this rubric in The Roman Missal on the top of the page for the Fifth Sunday of Lent:

It may seem strange to cover up these beautiful images, but they do have a practical purpose. First, it makes us more aware of the sacred time we are in. Second, it helps us to focus more on the Mass, especially the words being proclaimed. Third, the veils can be viewed as a "fast of the eyes" as they create in us a heightened anticipation for Easter when the veils will be lifted. We live in a “veiled” world exiled from our true home. The veil can only be lifted by death and resurrection.

This long standing custom in the church of veiling images of our Lord and the saints (as the saints are reflections of our Lord) has great historical roots. It began in Germany in the ninth century with the Hungertuch (hunger cloth)—a large violet cloth that hid the entire altar from view throughout Lent. The Hungertuch was removed on Holy Wednesday when the verse "the veil was torn in two from top to bottom" (Matthew 27:51) was read. By the thirteenth century, Bishop William Durandus of Mende in Southern France explained the custom of veiling was because Christ veiled or hid his divinity during his passion. In the pre-Vatican 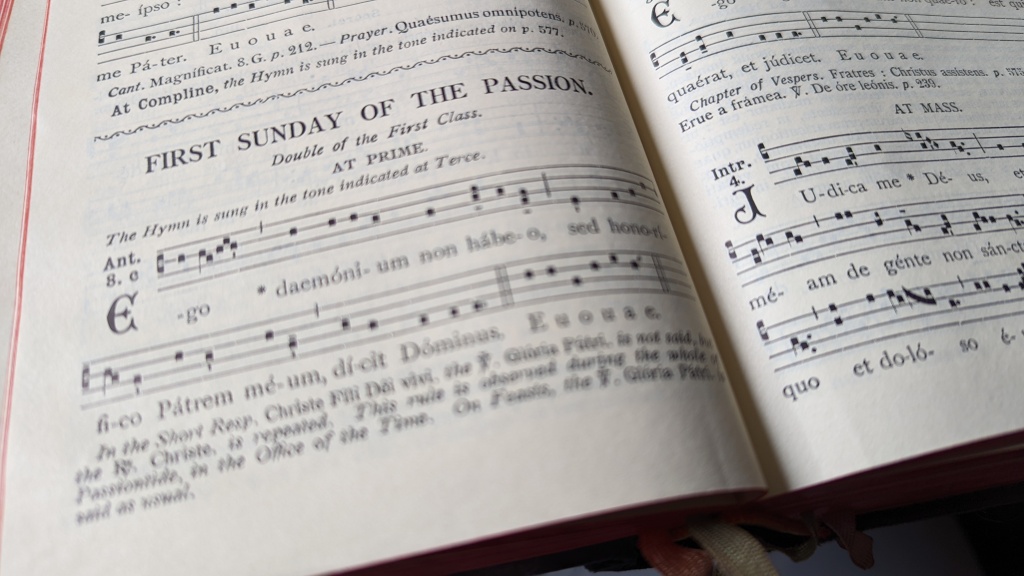 II Mass (and current Extraordinary Form), the final two weeks of Lent were known as Passiontide and viewed as its own mini-season. On the First Sunday of the Passion, the gospel was John 8:46-59 which involves a clash between Jesus and the Jewish authorities. At the end of the Gospel, it says, "Jesus hid and went out of the temple area." The consecutive daily gospels following were taken from John and evoked the ever-increasing tension between Jesus and the authorities which led to his crucifixion on Good Friday. 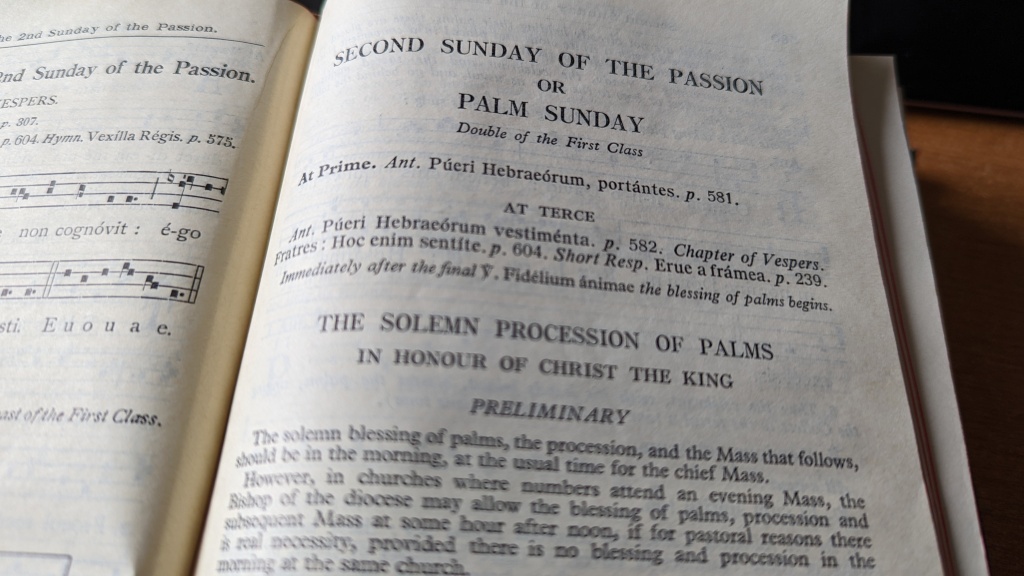 In the current calendar, the title of Passiontide has been removed “to preserve the internal unity of Lent. The Sunday now known as the First Sunday of the Passion will henceforth be the Fifth Sunday of Lent” (Adolf Adam, The Liturgical Year, 105-106). However, remnants of Passiontide remain. The readings and prayers of these two weeks focus more closely on the suffering and death of our Lord. As in the old calendar, the daily gospels come from John showing the increasing tension between Jesus and the authorities. Beginning with Monday of the Fifth Week, the preface for the Eucharistic Prayer is no longer one of the four Lenten options: it changes to Preface I of the Passion of the Lord. The full title for Palm Sunday is Palm Sunday of the Passion of the Lord. Of course, the most visible remnant of Passiontide is the veiling of images. 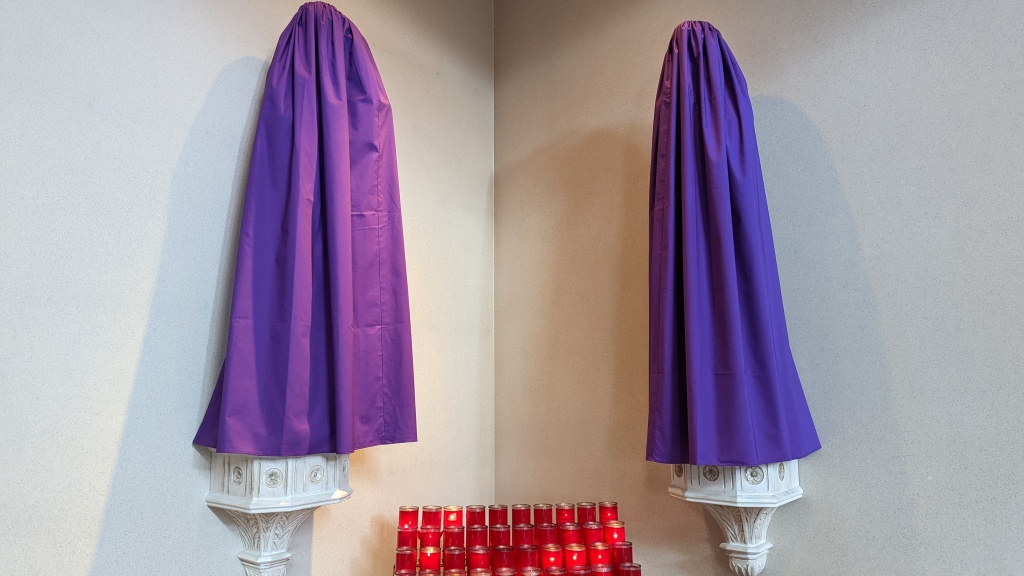 Bishop Peter J. Elliott says this in his book Ceremonies of the Liturgical Year: "The custom of veiling crosses and images in these last two weeks of Lent has much to commend it in terms of religious psychology, because it helps us to concentrate on the great essentials of Christ’s work of Redemption." And, from Adolf Adam as above: the veiling of images is “to remind us of the Redeemer’s humiliation and thus to imprint the image of the crucified Christ more deeply on our hearts.” As we enter into these final two weeks of Lent seeing these beautiful images veiled, let us enter deeply into our Lord's passion and earnestly yearn for the paschal feast of Easter where we will "gaze with unveiled faces on the glory of the Lord" (2 Corinthians 3:18).