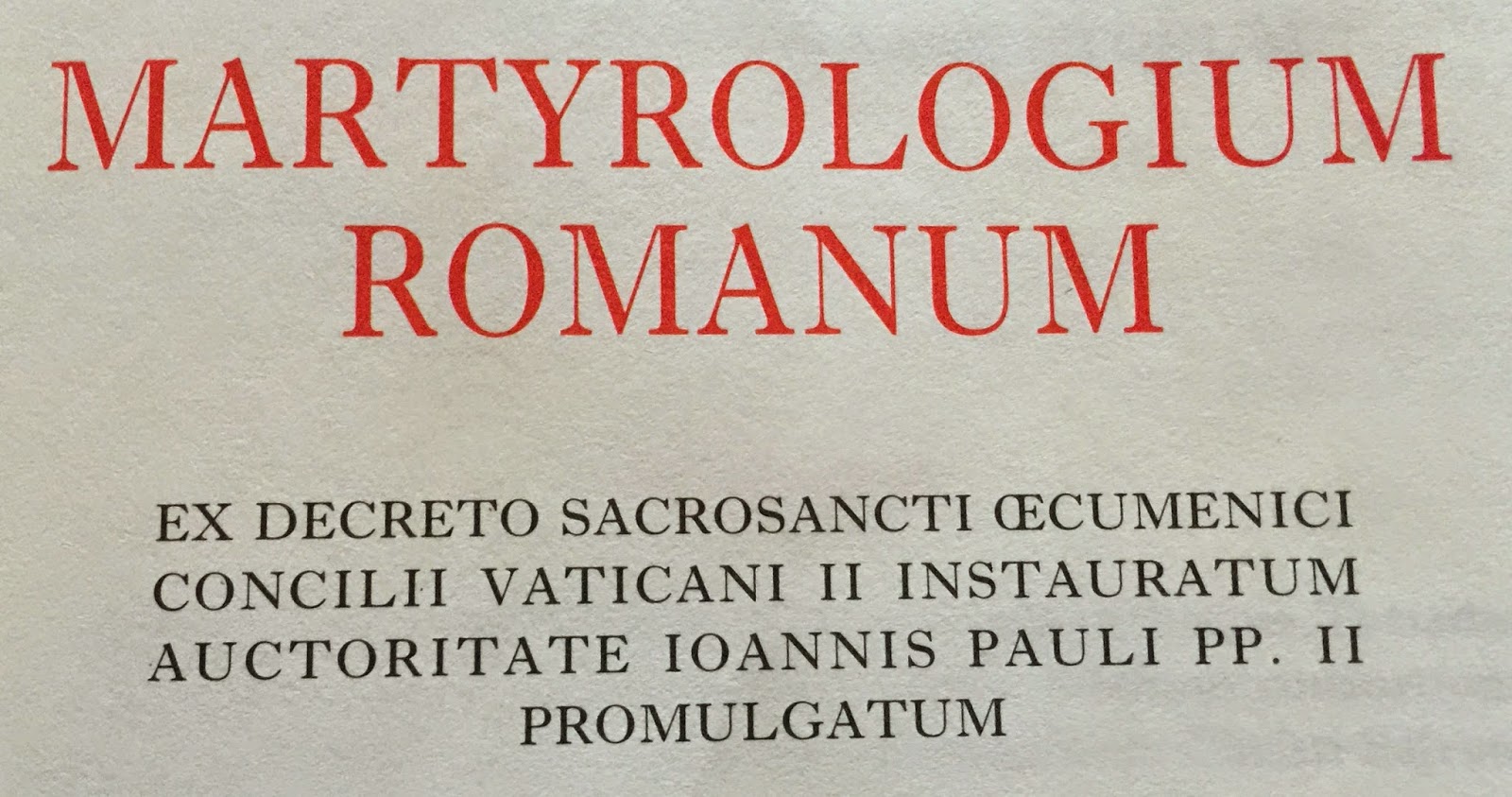 On the Sunday before Christmas, I wrote about the Christmas Proclamation from The Roman Martyrology. This liturgical book, which sadly nowadays is fairly obscure, is a  list of over 7,000 saints and blessed of the Church. The first edition of The Roman Martyrology was authorized under Pope Gregory XIII in 1582 following his revision of the calendar. First published in 1583 with revisions coming the same and the following year, the third edition in 1584 was made obligatory throughout the world wherever the Roman Rite was in use. The most recent edition was published in 2001 and revised in 2004 under Saint John Paul II. In the most recent revision, The Roman Martyrology was brought up to date in line with the Constitution on the Sacred Liturgy, no. 92, from the Second Vatican Council, “The accounts of martyrdom or the lives of the saints are to accord with the facts of history.” Some saints who were based more in legend than fact were removed and saints who had been canonized prior to 2004 were added.

What is the function or point of this book? The Introduction says this: “The wisdom of the Church of God in honoring her Saints is equaled only by the great utility of the practice thus consecrated. The Saints are not merely heroes; they are models. Christ lived in them, and Christ yet speaks through them. They were the living temples of the Holy Spirit, in whose mortal bodies dwelt all the riches of His wisdom and grace. They were in life consecrated human exemplars of divine excellence and perfection. Their example still appeals to our minds and to our hearts, more eloquently even than did their words to the men of their own generation, while they were in the tabernacle of the flesh. Though dead, they still speak. Their relics are instinct with sanctity, and through them they continue to breathe forth the sweet odor of Christ.”

Historically, especially in monastic communities and those who recite the Divine Office (Liturgy of the Hours) daily, the list of each 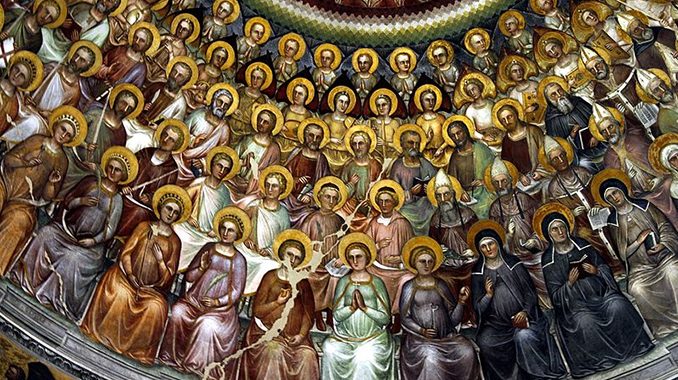 day’s saints were read following the liturgical office of Prime. Post-Vatican II, if The Roman Martyrology is read in community, it usually follows Lauds (Morning Prayer). If not read in Lauds, it can be read in the refectory following the main meal of the day. The formula for proclaiming the saints is arranged in the following manner: the saints for each day are read on the preceding day (so the saints of January 9 would actually be read on January 8); if a moveable feast is assigned to that day, it is mentioned first; then the saints of the day are read followed by this verse from Psalm 116: “Precious in the sight of the Lord / is the death of his Saints.” A short Scripture reading may follow and then conclude with a blessing and dismissal.

An English translation of the current text is not yet available, so here is January 9 from a 1916 copy (whenever the word “birthday” is used, it refers to the saint’s heavenly birthday [death], the exceptions being Mary and John the Baptist):

This day, the ninth of January: —The feast of the baptism of our Lord Jesus Christ, in which the beloved Son of God is wonderfully declared, waters are sanctified, man is purified, the world rejoices. —At Antioch, in the reign of Diocletian and Maximian, the birthday of the Saints Julian, martyr, and Basilissa, his virgin wife. Having lived in a state of virginity with her husband, she reached the end of her days in peace. But after the death by fire of a multitude of priests and ministers of the Church of Christ, who had taken refuge in his house from the severity of the persecution, Julian was ordered by the president Marcian to be tormented in many ways and executed. With him suffered Anthony, a priest, and Anastasius, whom Julian raised from the dead, and made partaker of the grace of Christ; also, Celsus, a boy, with his mother Marcionilla, seven brothers, and many others. —In Mauritania Caesariensis (now Algeria), St. Marciana, virgin, who consummated her martyrdom by being condemned to the beasts. —At Smyrna, the holy martyrs Vitalis, Revocatus, and Fortunatus. —In Africa, the holy martyrs Epictetus, Jucundus, Secundus, Vitalis, Felix, and seven others. —At Sebaste, in Armenia, St. Peter, bishop, brother of St. Basil the Great. —At Ancona, St. Marcellinus, bishop, who, according to St. Gregory, miraculously delivered that city from destruction by fire. —And in other places, many other holy martyrs, confessors, and virgins. Precious in the sight of the Lord / is the death of his Saints.

There are two other main uses:

1) on days when the General Roman Calendar has no obligatory celebration, a priest may celebrate Mass in honor of any saint from The Roman Martyrology listed on that day;

2) for any saint listed, a Church may be dedicated in his or her honor or the saint may be chosen as the patron of a particular place.

The Roman Martyrology serves as a daily reminder of all the holy men and women throughout the ages who gave their lives, many in a bloody manner, for our Lord and Savior. May we find strength and courage to live for Christ as they did.