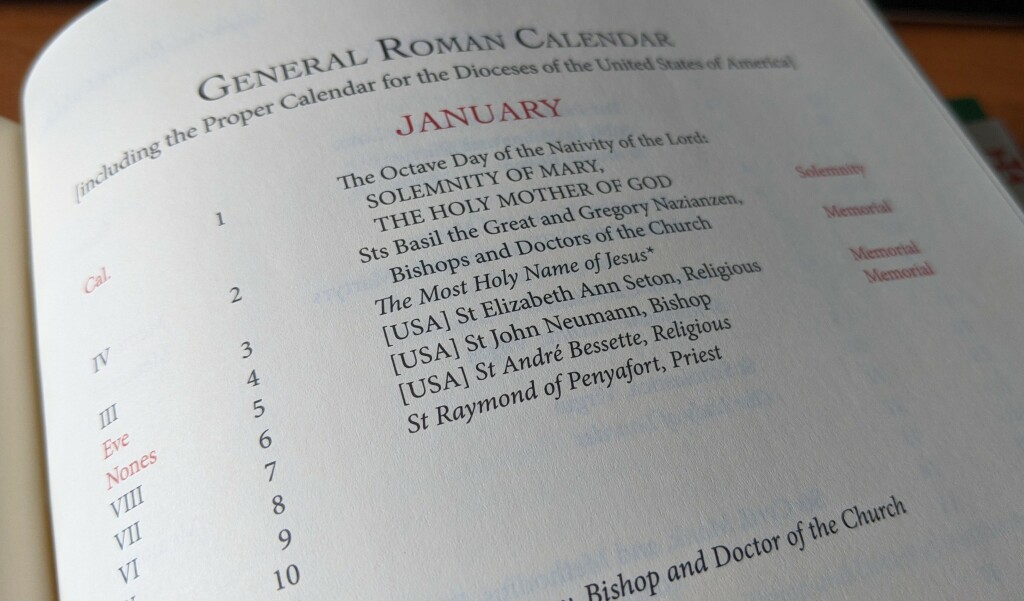 The General Roman Calendar (GRC) is the calendar which governs all the churches in the Roman Rite of the Latin (Western) Church. The rubrics of the calendar determine which celebration (and its liturgical rank) takes place each day of the year. Each liturgical year begins with the First Sunday of Advent and ends with the Solemnity of Christ the King. Days or celebrations throughout the year are given a liturgical rank to determine its prominence. The ranks from highest to lowest are: solemnity, feast, memorial (which can be obligatory or optional), and ferial. The high point of the liturgical year is the celebration of Holy Week and Easter and the days of Holy Week and Easter Week outrank all other celebrations. In the GRC, rubrics also set forth what happens when two or more celebrations coincide as only one can be observed liturgically (private devotion of multiple celebrations is always permitted). All saints inscribed into the General Roman Calendar have significance to the universal Church. This calendar is the foundation for particular calendars.

Each diocese and each parish also have particular calendars in which are inscribed, at minimum, the anniversary of the dedication of the cathedral and parish church and the primary (and secondary, if applicable) patron. In our diocese, the Feast of the Anniversary of the Dedication of the Cathedral is October 1. This celebration outranks the GRC observance of the Memorial of Saint Thérèse of Lisieux that day. Our diocesan patronal feast is Our Lady of the Rosary on October 7. While in the GRC as a memorial, since Our Lady is our primary patron, it is raised to a feast.

In our parish, our patronal feast of Saint Wendelin is on October 22 and is celebrated as a solemnity. This feast outranks all other celebrations in our parish boundaries. If you were to attend Mass in another parish that day, they might be celebrating the Memorial of Saint John Paul II. Finally, the anniversary of the dedication of our church is December 18 and is also celebrated as a solemnity.

While all of this might seem really technical, it is amazing to see how when we celebrate the liturgical year we are part of the universal Church, yet in our parish we are as unique as a fingerprint!