The Final Blessing: Prayer over the People

Perhaps the last two Sundays (and on weekdays if you have attended Mass), you may have noticed an extended prayer before Father gives the final blessing. The deacon gives the invitation: “Bow down for the blessing,” then Father extends his hands over everyone and prays a prayer before making the sign of the cross over the congregation. This is called the Prayer over the People. The General Instruction of the Roman Missal says this about it: “On certain days and occasions this [final] blessing, in accordance with the rubrics, is expanded and expressed by a Prayer over the People or another more solemn formula” (no. 166). Eminent scholars believe these types of prayers to go back as far as the third century. These prayers, which had been removed in the pre-Vatican II liturgy, were reinstated in the most recent edition of the Roman Missal. They appear in the Missal each day of Lent, being optional during the week but obligatory on Sundays. Their texts are meant to aid us as we go forth back into daily life, especially during these days of Lenten journey. While we usually only use them during Lent, there are a host of various texts in the Missal for use throughout which the priest can use at his discretion. Fr. Edward McNamara, a liturgical scholar says this about them:

One characteristic of these formulas is that the personal object of these blessings is not usually designated as “us” but rather as “your people,” “your servants,” “your faithful,” “those who bow before your majesty,” “those who make supplication to you,” “those who call upon you.” Another characteristic is that the spiritual graces sought in the prayer are sought not in a general way as in other prayers but for the indefinite future with phrases such as “always,” “perpetual protection,” “constantly,” etc.

Here is the Prayer over the People for the Third Sunday of Lent:

Direct, O Lord, we pray, the hearts of your faithful,
and in your kindness grant your servants this grace:
that, abiding in the love of you and their neighbor,
they may fulfill the whole of your commands.
Through Christ our Lord. 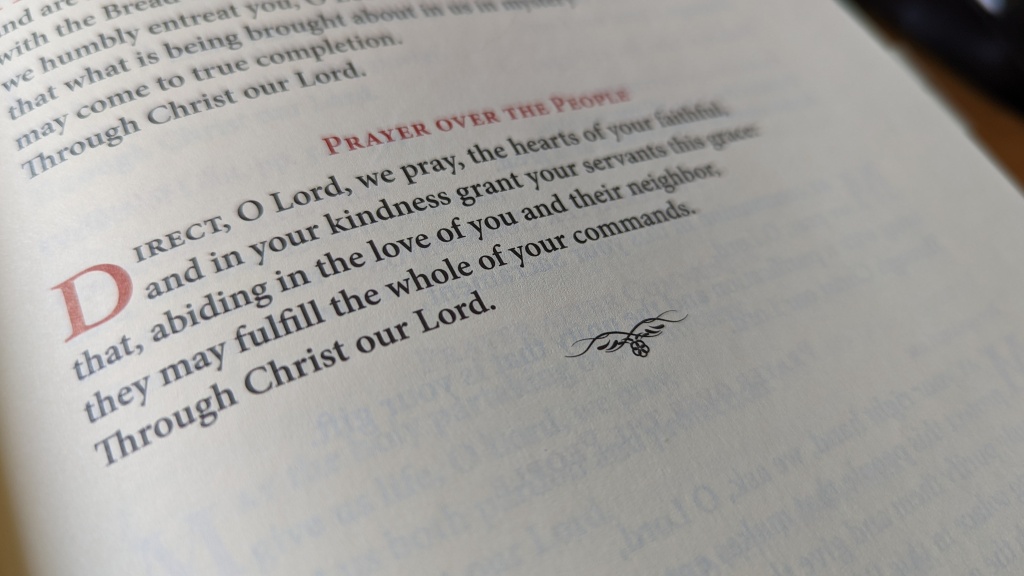