All About the Christmas Octave 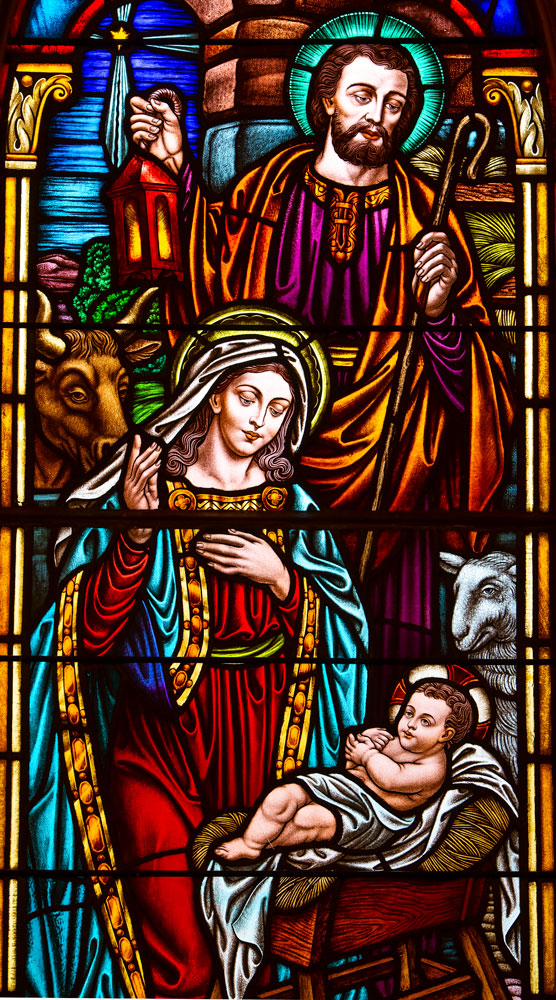 Marry Christmas! From yesterday through January 1, the Church celebrates the Octave of Christmas where each of these days is another Christmas and is treated the same as December 25. In the Liturgy of the Hours, the psalms are the same each day. At Mass, the Gloria is sung and if The Roman Canon (Eucharistic Prayer I) is used, a proper form of the Communicantes (In Communion) is prayed:

Celebrating the most sacred night (day) on which blessed Mary the immaculate Virgin brought forth the Savior for this world, and in communion with those whose memory we venerate, especially the glorious ever-Virgin Mary, Mother of our God and Lord, Jesus Christ...

So why do we celebrate Christmas Day for eight days? Answering a question with questions: Did we spend four weeks preparing for one day of feasting? Can the joy of the Savior’s birth be fully celebrated in just one day? As a parent, I know the birth of any baby cannot be celebrated in just one day! You’re celebrating and rejoicing for days (while also trying to find time to sleep!). Rev. Pius Parsch, in his book The Church’s Year of Grace, gives a great explanation of why we have octaves:

In the spirit of the Church the great feasts of redemption should not be restricted to a single celebration but should continue on through a full week. Mother Church is good psychologist; she understands human nature perfectly. When a feast comes, the soul is amazed and not quite prepared to think profoundly upon its mystery; but on the following days the mind finds it easy to consider the mystery from all sides, sympathetically and deeply; and an eighth day affords a wonderful opportunity to make a synthesis of all points covered. (pp. 244-245)

In these eight days of Christmas, we continue to unpack and celebrate the great mystery that has unfolded before us. Love Incarnate has made his dwelling with us. Surely that cannot be fully celebrated in just one day. (continued on next page)

However, Fr. Parsch goes on to say, “The octave of Christmas is not the best example because other feasts distract one from the Christmas theme.” Interestingly, within the Octave of Christmas, there are six saints celebrated:

Saint Stephen (December 26)
Saint John the Evangelist (December 27)
The Holy Innocents (December 28)
Thomas à Becket (December 29)
Sylvester I (December 31)
Mary, the Holy Mother of God (January 1)
The Feast of the Holy Family is celebrated on the Sunday within the Octave or on December 30 when Christmas itself falls on a Sunday.

I always thought it was strange to celebrate saints within the Octave of Christmas, especially because three of them are martyrs and for three of them we do not know their actual date of death. After looking deeper, I found all of these saints are celebrated within the Octave of Christmas because they gave witness to Christ’s Divinity and his Kingship. The first three days after Christmas are traditionally referred to as the Comites Christi (“Companions of Christ”).

-Saint Stephen is called the Protomartyr (meaning “first”) because he was the first actual Christian martyr. One of the first deacons, he was brought before the Sanhedrin where he defended Christ’s divinity in a fiery speech which comprises most of chapter 7 of the Acts of the Apostles. He was stoned to death after declaring he saw Jesus standing at the right hand of God.

presenting the Divinity and Humanity of Christ: the Fourth Gospel, his letters, and the Book of Revelation. The prologue of his Gospel is read on Christmas day: “In the beginning was the Word and the Word was with God, and the Word was God.” Most of his first letter is read as the first reading beginning on December 27 and continuing throughout the Christmas season.

-The Holy Innocents, the children age two and younger murdered by Herod (see Matthew 2:16), are honored by the Church as martyrs for Christ. By their lives, they bore witness to Christ’s Kingship against a tyrannical earthly ruler.

-Thomas à Becket, the last saint to be added to the octave, was murdered in his cathedral on December 29 in

1170. Originally chancellor to Henry II, the king thought he could gain power over the Church by appointing Becket as Archbishop of Canterbury. After being consecrated, Becket refused to let Henry meddle in Church affairs. Becket won the martyr’s crown for defending Christ’s church against secular power.

-Sylvester I was pope from December 31, 314 to December 31, 335. He was among the first non-martyrs to be venerated as a saint. Sylvester reigned during the first era of peace for Christians (post-Roman persecution). He supported and approved the Council of Nicæa which developed the Nicene Creed proclaiming that Christ was both human and divine, consubstantial (“of the same substance”) with the Father.

-Our Blessed Mother who played such an integral role in the mystery of our salvation is celebrated on the octave day. We come

full circle on this feast returning to the stable with the shepherds—right where we left off in Luke’s Gospel after the Mass at midnight and nearly the same as the Mass at dawn (it adds verse 21 of Luke 2 which refers to Jesus’s circumcision on the eighth day). Saint Paul VI writes in Marialis Cultis, “The Christmas Season is a prolonged commemoration of the divine, virginal and salvific Motherhood of her whose ‘inviolate virginity brought the Savior into the world’” (no. 5).

In this octave of Christmas, may we like Mary, “keep all these things, reflecting on them in [our] heart” and glorify our newborn King. A blessed Christmas Octave and Epiphany to you and your family!